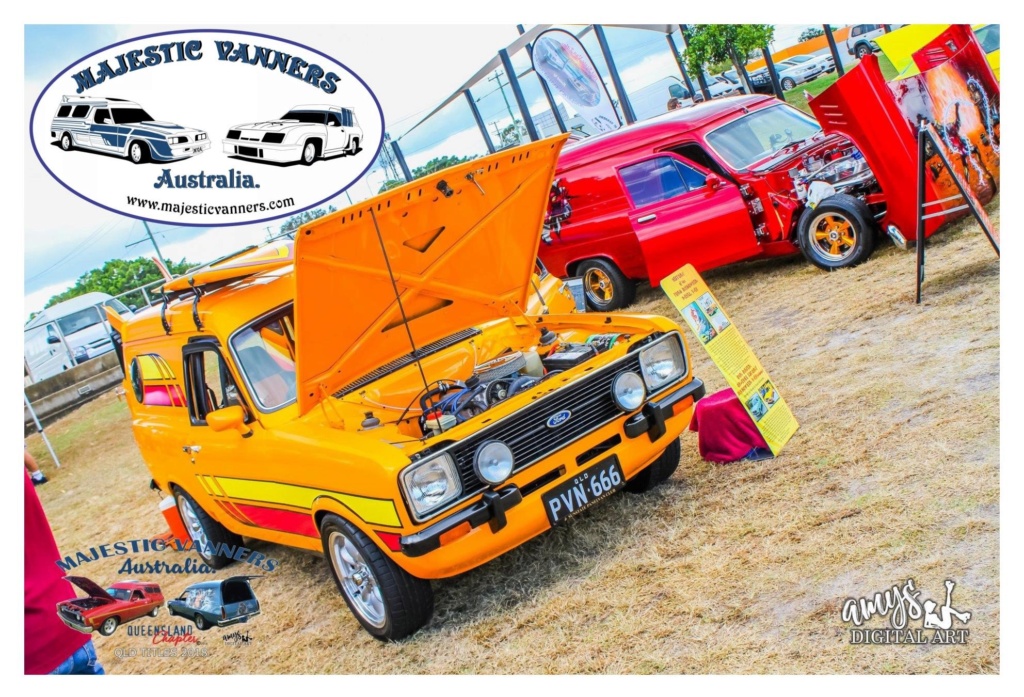 On behalf of the Club, I thank all those who accepted Nominations for Committee Positions.

Special "Thanks" goes to Brian Phillips for his work as President, for the last twelve months.  Your Passion, Hard Work and Dedication to the Club is Greatly appreciated.  (NOTE:  Brian was also our first official Club President when we incorporated the Club.)

A HUGE “Thank You” goes to Ashley Holder for his invaluable contributions to the Club as a Committee Member over the last few years and continuing to do so as SA State Coordinator.

Also, a Huge “Thank You” goes to Brett Hansford for his contributions to the Club and the Committee over the last twelve months.

Congratulations to those who have been returned to the Committee and the new SA Committee Representative Mark Turner; with Karl Vanzuyden now President and Chris Dowton now Vice President.  Your contributions will be invaluable.

Fellow members of the greatest van club in the country, Majestic Vanners Australia,
I would like to thank those that nominated me to lead this great club through the next twelve months and thank everyone for their congratulations, messages of support and texts that I have received throughout the day.

I came across the Majestic Vanners Australia Forum late in 2010 and signed up as a registered user on the 1/1/2011. What I discovered was a small, dedicated and passionate group that was starting to grow and the enthusiasm was infectious.

By early 2012 the decision was made to become an incorporated club, becoming an official club with a nominated committee and a constitution. You could not sign my up quick enough, I became the first financial member after the Founding Four, Member No. 05. It was a very exciting time, the dawning of a new age in Australian Vanning.

Over the next year the club continued to grow, the membership of the forum steadily grew, and the explosion of our facebook group helped build the momentum. This year was the first year we held our annual Van-In at Albury/Wodonga, and those that were there will remember what a special event that was, and how it solidified the relationships that we had been building online.

In the second year of incorporation I was elected Vice President under my mentor and good friend Robert Burns. Together we would drive the club through a period of immense growth for the following four years until his untimely passing. It was then my, the Protege's, time to step up and become acting President through a very difficult eight months in the clubs history that presented many challenges. Rob is sadly missed, but his legacy and his guidance will never be forgotten. I would like to thank all those that supported me through that difficult time, you all know who your are, but I will mention a few in name as their support is very deserving of recognition. Russell P Smith, Chris Dowton, Brian Phillips, Jon Smoother, Neil Marshall, Cherone Marshall and especially Joe and Angelique Radings, who don't do facebook, but are pillars of strength behind the scenes in Rob's absence.

And now I have been elected President of Majestic Vanners Australia, a very proud moment for me. I promise to serve to the best of my ability and to honour Rob Burns' memory and his vision going forward. I would like to thank Brian Phillips for his leadership over the last twelve months, and congratulate those that have been elected to the committee, I look forward to working with you over the next year.

So here is to another great year here at Majestic Vanners Australia, Australia's leading Van Club!

Congratulations to Karl and all those taking on Committee positions.
I think it's fair to say the Club is in good hands, all the best for the coming 12 months!