Holden announces this is the end.

Holden brand to die officially due to GM mismanagement and lack of local support.
Dismal sales figures since the closer of local manufacturing and the dumb decision to place the Commodore badge on an euro import.

Not sure why they don't continue in Australia as GM and sell select models? I do understand them dropping the Holden badge as Australian's will not cop or support a re-badge.

Couldn't agree more, but after they sold out of Vauxhall and Opel to totally exit Europe I wondered whether this was on the cards too. Australian consumers have a role to play in this too though in not being prepared to buy Australian made products. We're car enthusiasts so I get the person who is an Alpha Romeo nut, has his old classic but drives a late model one as a driver, good on him, he's just like us. But I don't understand the person who claims "No way am I a car guy, no way !! They're just a piece of transport to me", yet they buy a BMW, or an Audi, or a Subaru. We made a generic car for almost every segment of the market: small car buy a Corolla built in Melbourne, medium car Camry ditto, large car Commodore made in Adelaide/Falcon Melbourne, big boxy pretend 4WD Territory, luxury car Caprice. We didn't do a micro car and didn't do a 4X4 tray ute, (which we should have). So why did people who have no interest in cars buy a Mazda, an Audi A4, a BMW 5 series, a Land Rover Discovery or a Jaguar? If I could buy a TV or a mobile phone or a toaster made in Australia I would because I don't give a &%$# what anybody thinks about me for owning one, yet these people convinced themselves they needed a Mazda 3 not a Corolla. Where was their national pride? Thanks for nothing fellow Australian consumer. 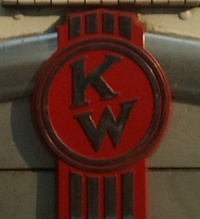 It didn't help with the GM Thailand assembly plant being sold to Great Wall. That would mean the Colorado and whatever that other thing was, was finished for Holden also.
Apparently GM is going electric and restructuring for 2023. GOOD LUCK!

You can't keep burning people all over the world and selling sub class cars and expect these same people to want to buy your electric vehicles.
Really could be the beginning of the end for General Motors.

Looking back at this thread it's definitely a sad time loosing more Aussie manufacturing.
I think with the cheap built mustangs and the over priced so called HSV camaro's and non approved Hellcats our old stuff is all where going to have soon..